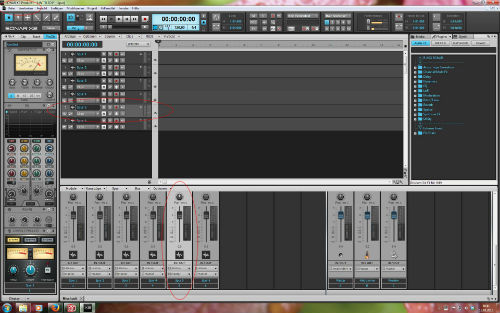 Here are some of the jobs DAW software will do:

DAWs have transport controls-play, rewind, record, etc. These controls allow you to  record, play back and rewind  so you can control where you record or play back on the track.

They also have a mixing desk included in the software. These are like mixing consoles in professional recording studios allowing you to:

Midi is how your computer talks to  sound cards, keyboards and electronic instruments, midi stands for Musical Instrument Digital Interface.

The DAW can record a midi sequence and then play it back, with the instrument of your choice. You can edit the recording by  adding or taking away notes,  changing the pitch of notes and change the length of time the note is played.

The DAW include audio recorders which act like tape recorders, allowing you to record and instrument. You can edit the recording in much the same way as with midi.