When you start building a home recording studio, the best place to start is with a computer. You can use the computer keyboard and mouse to input the notes. But it will take time! And a lot of patience! But you can create a song this way.

If you want to record vocals, guitar, piano and/or other instruments separately , and mix them together, this setup would be the one to go for.

Flagship DAWs include most of this equipment in a software form and you can get good results using them.

If you want to record more then one instrument at a time, you will need a mixer and a reflex filter and/or soundproofing for the room.

If you are building a home recording studio you can get professional results with this equipment but you will need to know how to use it.

Here is a great article I on how to build a home recording studio. From http://www.ultimatesongwriting.com/songwriting-blog.html

How to build a home recording studio.

You see, gone are the days when you needed to spend money on expensive multi-track recorders, outboard gear processors, mixdown machines, and tons of cables. If you've got the money and you want to go that way, that's okay, but it's not necessary. Today, your greatest expense is a computer or digital multitracker. They replace hundreds of functions that you would need separate hardware units for. Today, it's more about software than hardware. Nearly everything takes place inside of your computer or multi-tracker.

Believe me when I say that you can easily rival the sound of big-time recording studios right at home, thanks to modern music studio software. And some of the big hits you hear on the radio were recorded in nothing but a musician's or producer's bedroom. With

you're good to go. If you already own a computer, there's not too much to spend.

Read about my current studio set-up.

How to build a home recording studio - Mac versus PC.

I guess the first question that folks always ask when purchasing a computer for recording is whether to choose a Mac or a PC.

There is a never ending debate among producers as to which is more suitable. Personally, it's a debate I do not like to go into. Both platforms have their advantages and disadvantages. There is no definitive answer, and as far as I'm concerned you should use what you like.

PCs are cheaper than Macs of equivalent power and unlike Macs, they are upgradeable. So they're cheaper both short and long term. If you want to save money this is the way to go.

Mac has better integration than PCs since Macintosh creates both the hardware and the software. PCs have a billion manufacturers but the operating system is made by a different company, so there is a lot of inconsistency. With Macs, you don't have to worry about viruses and worms like you do with a PC. So in essence, with Macs there are less conflicts and this makes them more productive than PCs. You want me to tell you what to get? Sorry I can't. To me it's a pretty subjective field and it's about what works for you. The bottom line is sound. And Macs do not sound better than PCs, neither do PCs sound better than Macs.

How to build a home recording studio - Choosing a powerful computer.

Whether you use a Mac or PC, the following is important. I just hope that the computer you're reading this on (if it's yours anyway) is not a cheap 20 gig computer. If so you will need a bigger hard drive. I suggest that you get one with at least 120 GB. The more gigabytes the better. The one I'm using comes with 160 GB. You should also buy as much RAM as possible - 512 MB should be a minimum. So if you can get a great deal on a large hard-drive, go for it.

If you've got a PC or are thinking of getting one, a popular choice is the windows compatible Cakewalk Sonar studio recording software. Steinberg Cubase SX recording software can be used with both Macintosh and Windows. Another top pick would have to be Apple Logic Pro - this is only for mac users. Logic is not developed on the PC platform anymore. Digital Performer is one of the best. Pro Tools is another popular choice. Anyone of these recording software will do.

To continue answering your question on how to build a recording studio, I'd say that the next thing you require would have to be a conventional sound card or audio interface, as well as a MIDI interface. (More and more musicians are choosing audio interfaces instead of standard soundcards.) Forget about the sound card that your computer came with. When it comes to recording, it is not professional and just won't do. The audio interface replaces your sound card and takes care of all of the computer's audio functions.

I use the M Audio Delta 4 audio interface, and for MIDI, I use Midiman USB Uno. There are many options where that is concerned so you may want to look around. But this is what works for me right now and I recommend it. 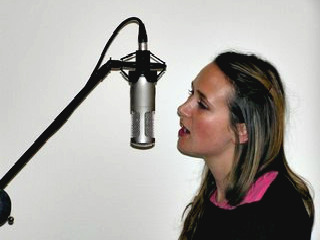